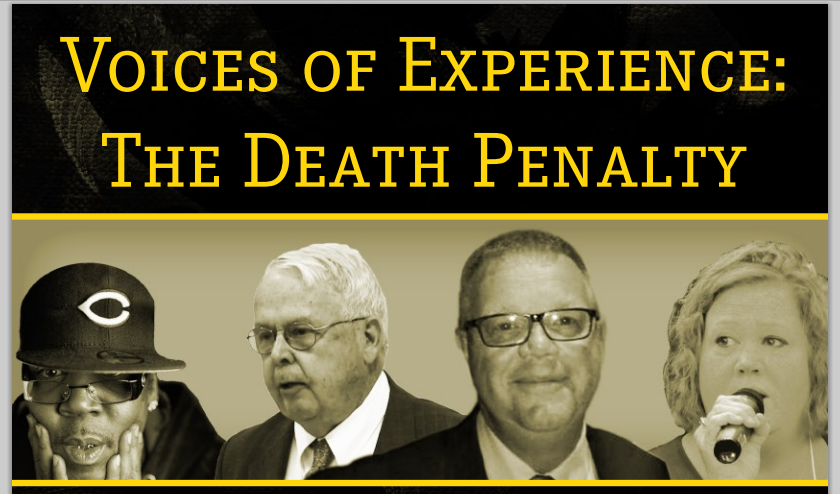 Capital punishment has been in the news quite a bit lately across the nation and especially here in Ohio. The Ohio Supreme Court Joint Task Force to Review the Administration of Ohio’s Death Penalty published its findings on May 21, including 56 recommendations designed to increase the fairness and accuracy of the death penalty in our state.

What are the recommendations, why do they matter and what does all of this have to do with you? Ohioans to Stop Executions and local concerned organizations are hosting a series of Town Hall Forums featuring regular Ohioans who share their personal experiences with the issue.

Judge James A. Brogan, Chairman of the Ohio Supreme Court Joint Task Force on the Administration of Ohio’s Death Penalty.

Melinda Dawson, who has lost a loved one to murder. Dawson’s husband was wrongly convicted in the murder of her mother, and she worked to prove his innocence and find the real killer.

Terry J. Collins, who, as Director of the Ohio Department of Rehabilitation and Correction, oversaw more than 30 executions.

Derrick Jamison, who survived nearly 20 years on death row in Ohio before being exonerated and freed in 2005.

Spread the word! Download a flier for this event here.