There is no voice more powerful than those who were exonerated from death row, and there are no greater lessons than can be learned in the fight to end the death penalty than from the exonerees themselves.

Witness to Innocence is hosting a day-long conference of workshops and events in conjunction with its Annual Gathering of exonerees and loved ones and World Day Against the Death Penalty. All events will take place at St Clarence Church. 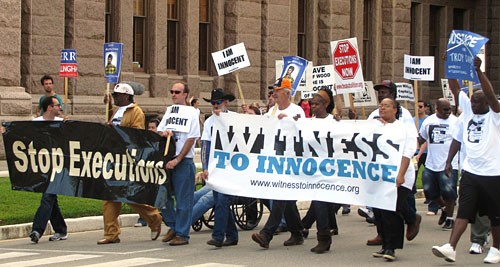 11:40—1:30pm LUNCH DISCUSSION: Taking the Death Penalty to the Supreme Court: The Implications of the Glossip Decision with Dale Baich, Arizona Federal Defender & Attorney to Richard Glossip, subject to botched execution in Oklahoma and Ginny Sloan, president, The Constitution Project

4:00—5:15pm The Impact of DNA on the Death Penalty with Mike Radelet, expert on innocence