On the heels of the Annual Capital Crimes Report from the Office of the Attorney General, Ohioans to Stop Executions (OTSE) today released the “The Death Lottery:” How Race and Geography Determine Who Goes to Ohio’s Death Row. The new OTSE report adds context to the cut and dry information offered by the legislatively-mandated report from the Attorney General’s office.

“The numbers speak for themselves,” said Kevin Werner, Executive Director of the statewide anti-death penalty organization. “While Ohio’s use of the death penalty is slowing, it has become more apparent than ever before that the race of the victim and location of the crime are the most accurate predictors of death sentences in Ohio. We want our legal system to be fair, and now we can see that it’s just the opposite.” 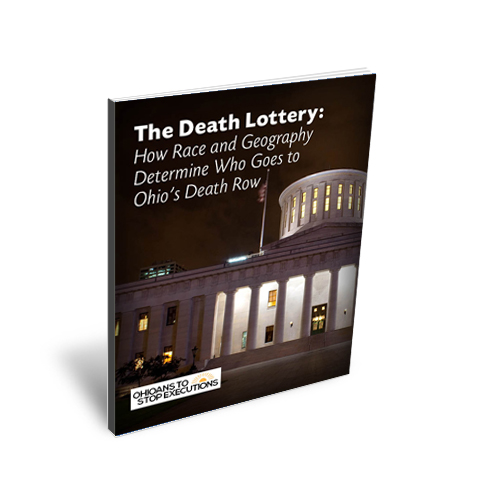