Akron: In the wake of last week’s release of a new report detailing how race, gender and geography impact executions in Ohio, an unusual group of speakers with direct experiences on the issue will speak as part of the Rethinking Race events at The University of Akron. The panel discussion begins at noon on Tuesday, February 2nd at the Student Union Theater and is open to the public.

“Through their powerful voices of experience, these speakers will provide real and personal context to a topic that most of us can only imagine,” said Margery M. Koosed, Professor Emeritus at The University of Akron School of Law, who will moderate the program. “This is a terrific opportunity for students and others to gain an inside view to one of the most pressing debates of our time.”

Panelists are available for advance interviews, and include:

Kwame Ajamu & Wylie Bridgeman, Cleveland area brothers who, together with their friend Ricky Jackson, were wrongly convicted and sentenced to be executed for a crime they did not commit. They were exonerated late in 2014 and are among the longest-serving exonerees in the country. The men are members of Witness to Innocence, a national organization comprised of many of the 156 U.S. death row survivors to date.

Judge Stephen L. McIntosh, who served as the Vice-Chairman of the Ohio Supreme Court Joint Task Force on the Administration of Ohio’s Death Penalty. A former prosecutor, McIntosh is a Franklin County Court of Common Pleas Judge.

The new research, released last week by Political Science Professor Frank Baumgartner of the University of North Carolina, revealed significant and troubling racial, gender, and geographic disparities with regards to who is executed in Ohio. The study, which examined all Ohio executions carried out between 1976 and 2014, details how the race and gender of the victim, as well as the county in which the crime occurred, improperly influence who is sentenced to death and executed in the state. Among other findings, the study found that Summit County is among just four out of Ohio’s 88 counties (Lucas, Summit, Cuyahoga, and Hamilton) which are responsible for more than half of the state’s 53 executions. Only three counties (Summit, Cuyahoga, and Hamilton) have produced more than five executions each. More than three quarters of all Ohio counties (69) have never produced an execution. 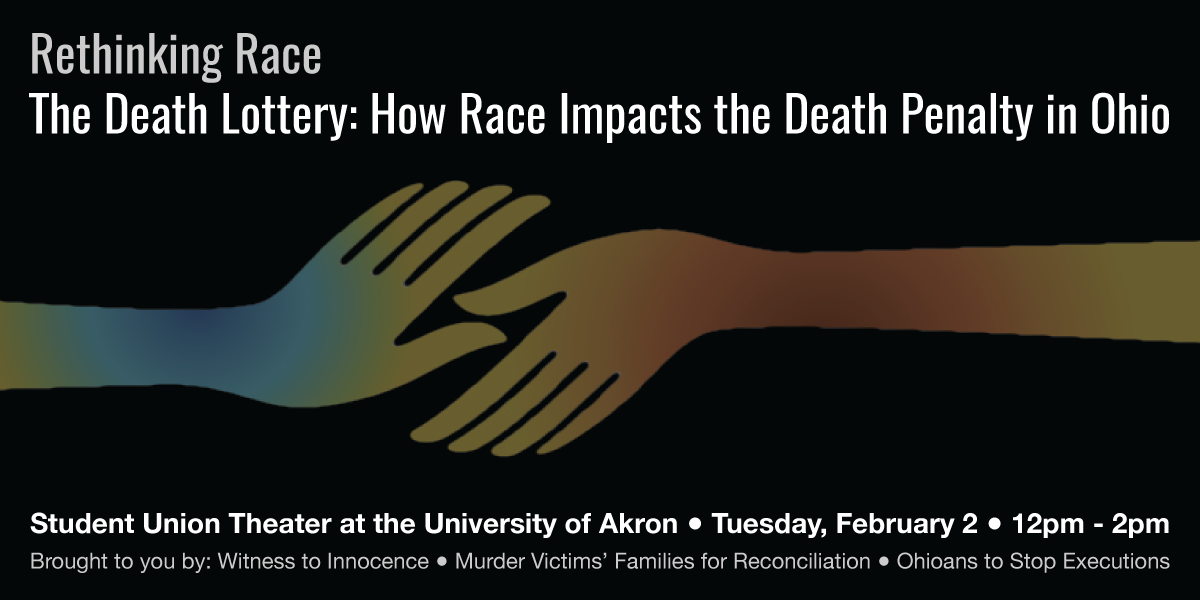