On March 30, 2015, the Annual Capital Crimes Report was published by the the Office of the Ohio Attorney General. At the same time, Ohioans to Stop Executions (OTSE) published its annual report “A Crumbling Institution: Why Ohio Must Fix or End the Death Penalty.” The new OTSE report adds context to the cut and dry information offered by the legislatively-mandated report from the Attorney General’s office.

“The information provided by the Attorney General’s report is important,” said Kevin Werner, Executive Director of the statewide anti-death penalty group. “What we see is the institution of the death penalty crumbling before our eyes.”

OTSE offers its report to provide context, detail, additional information and perspective beyond the statutory scope of the Capital Crimes Report. 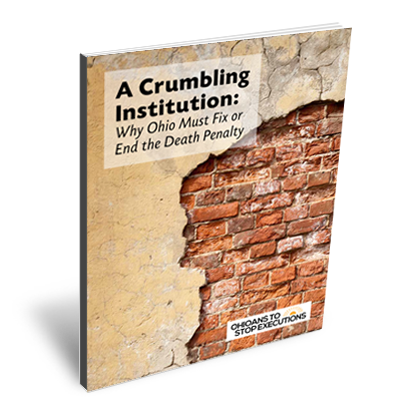